Training to be Little Doctor

One of program that conducted by team of KKN Undip is giving the training for the Elementary School student to be little doctors. It was implemented at SD Negeri 01 Cukil Kec. Tengaran Kab. Semarang (26th of January 2017). The program is conducted for implementing the material that has already given at school.

First material is introduction kind of medicines are sold freely on the market. Hopefully, by observing these medicines, the little doctors can give a help properly. Then they are trained to give aid such as handling for broken bones, dressing wounds, handling for convulsions, making oralit and handling for nosebleeds. 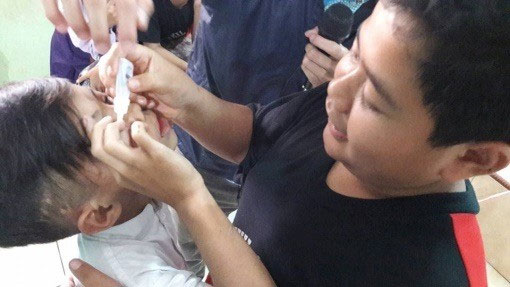 Further, to measure the level of understanding of the material that has been taught, then held a quiz. For 3 participants who have the highest scores awarded a prize, a set of stationery and comic books “first aid”.